The Lunar Ice Collection Experiment is proposed to demonstrate and evaluate a simple low-cost method to collect Lunar ice from the Moon's surface using a commercial lunar lander and a large dome-shaped enclosure made from a Centaur fuel tank: 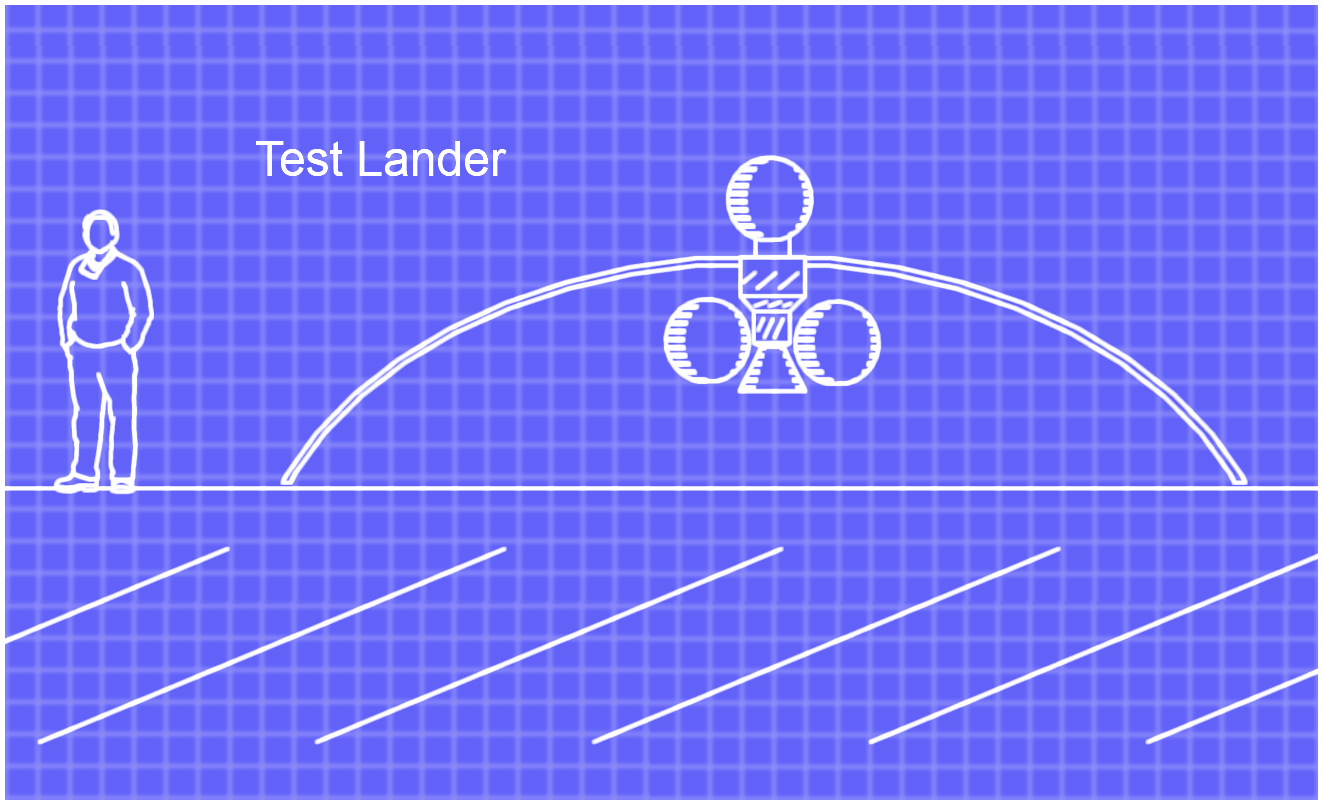 All the parts needed to build the experiment are currently in production for the Centaur upper stage, and the lander's own sensors and systems will provide the data for the experiment. Because the experiment takes advantage of existing hardware and instruments, and requires very little software development, it can be flight-ready within one year.

The collection method is to land a large dome-shaped shell within the permanently shadowed regions of the Moon.

The lander's engine will serve as a source of heat to sublimate about 10 kilograms of ice or other volatiles from the landing spot, trap the vapor under the shell, and either pump the water vapor into a collection tank (a Centaur helium tank), or allow it to cool and crystallize underneath the dome's underside surface. In either case the water vapor is expected to reform into ice, but now attached to the lander. The lander will then re-fire its engine and attempt to briefly hover over the surface before touching down a second time. The lander's ground radar, inertial navigation system, and engine sensors will then provide data to determine the mass of the ice collected. Or, if the lander is capable of measuring temperature and pressure within the tank (using either the lander's control system or Centaur helium pressure and temperature sensors) a further demonstration can be performed by estimating the mass using the Ideal Gas Law. For this latter measurement the tank will need to be heated long enough to perform the experiment.

The weight of the dome, collection tank and pump will be 50kg and the maximum diameter 3m.

The amount of ice collected, even if it is zero, and the other lander data, will serve to test this simple method to extract ice and bring it to Lunar orbit, or to a Lunar base elsewhere on the Moon, for later use as propellant or drinking water. The data will also be used to support the development of a self-sustaining Lunar ice collection system where reusable landers with larger attached shells will repeatedly land and take off from the Moon's shadowed regions, and collect 100kg loads of ice for later conversion into propellant. 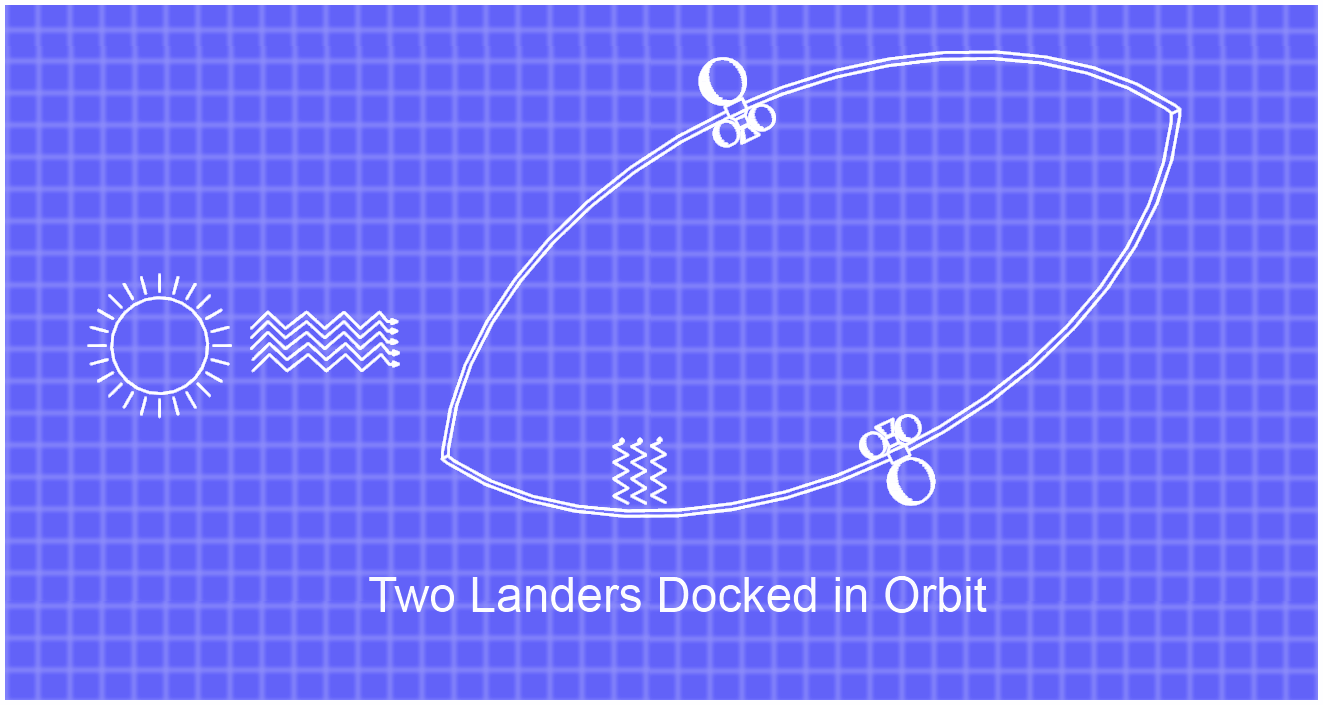 The author can provide details of this larger system which would have carbon-composite domes of 25m in diameter that would self-assemble in Earth orbit, land on the ice and return to orbit with the collected material frozen onto the underside of the dome. In orbit with full sunlight, the ice is trapped, heated and compressed into liquid water. It is electrolysed into hydrogen and oxygen with solar electric power. The lander would then be refueled and return for more ice. This system would use no more than 30% of the collected ice to refuel itself for landings and take-offs and can run a continuous operation for many years. The same 25m domes can be used as aeroshells to land on Mars and collect carbon dioxide or water ice and produce methane fuel on the surface. 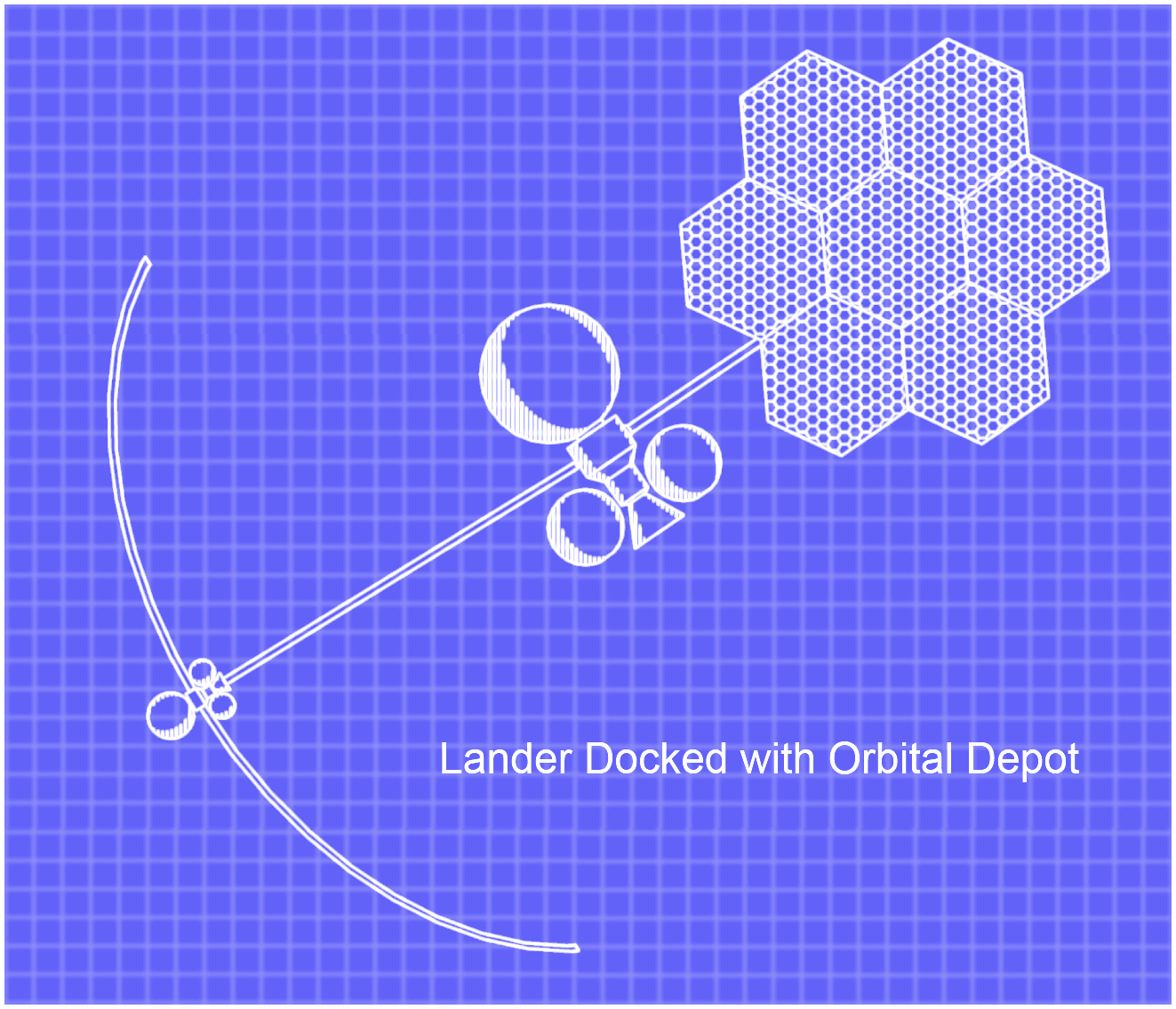 The system has advantages over other methods since it does not require complicated long-term operation on the Lunar surface where extreme cold may cause problems with equipment.

The system may also be used in a forward-looking scientific program to extract samples of the Lunar ice and bring them to the future Lunar Orbiting Platform Gateway for analysis by gas spectrometer or other instruments. The astronauts would direct the operation of the landers and operate the electrolysis system on board, in preparation for a fully automated version. The system, once it is proven out, can also provide water and fuel to the LOPG and prove out ISRU methods on both Mars and the Moon. This will serve many of NASA's goals for the exploration of cis-Lunar space, the Lunar surface, the near-Earth asteroids, and Mars. 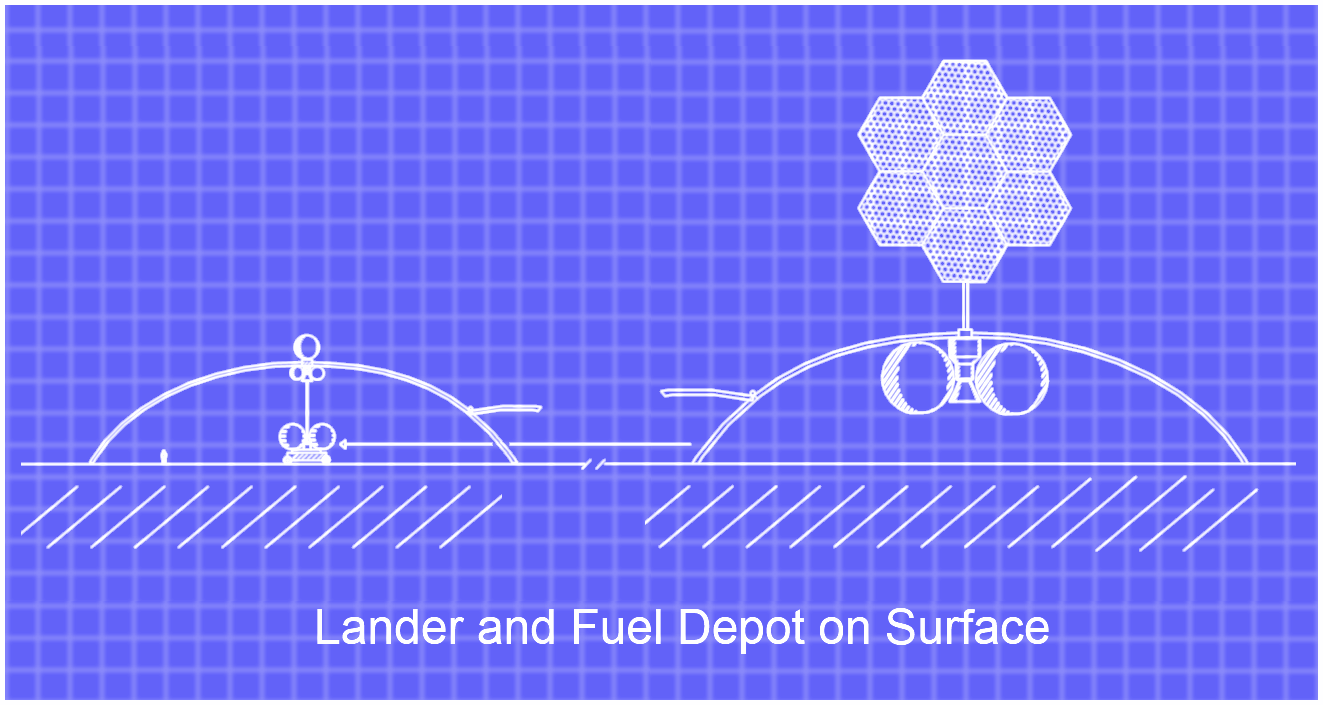 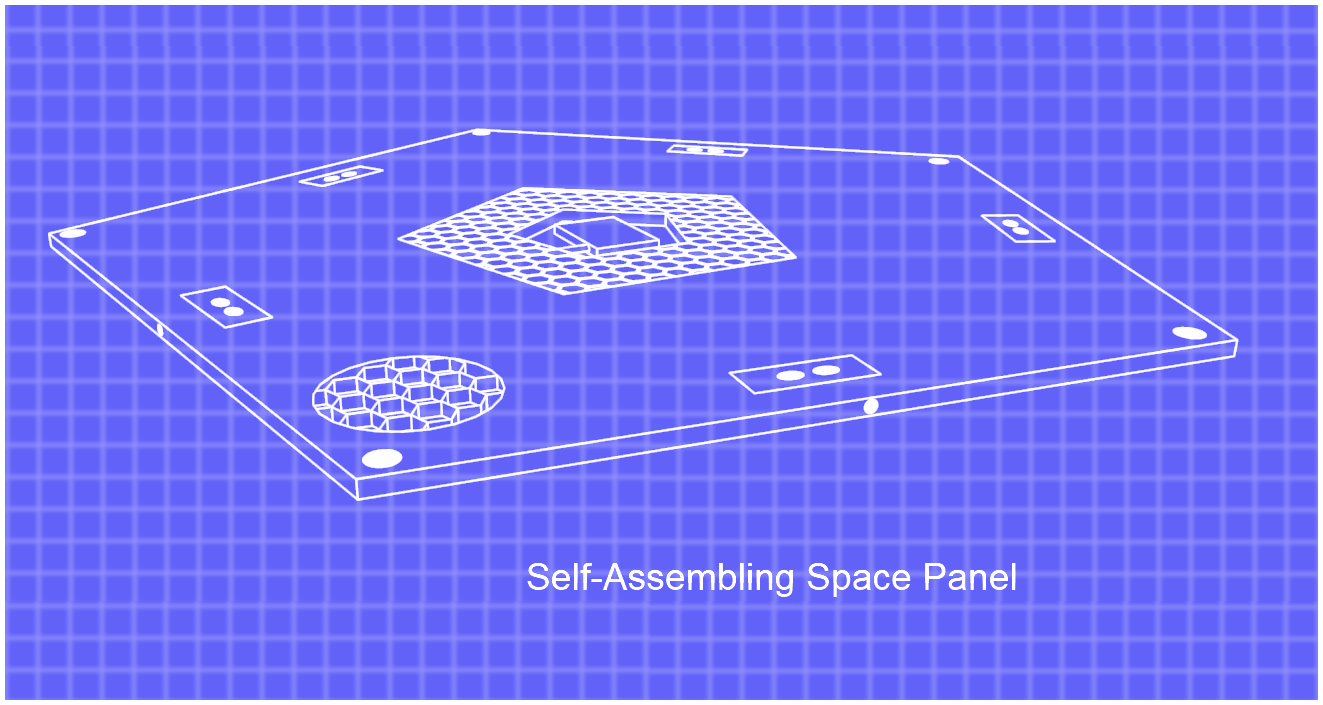 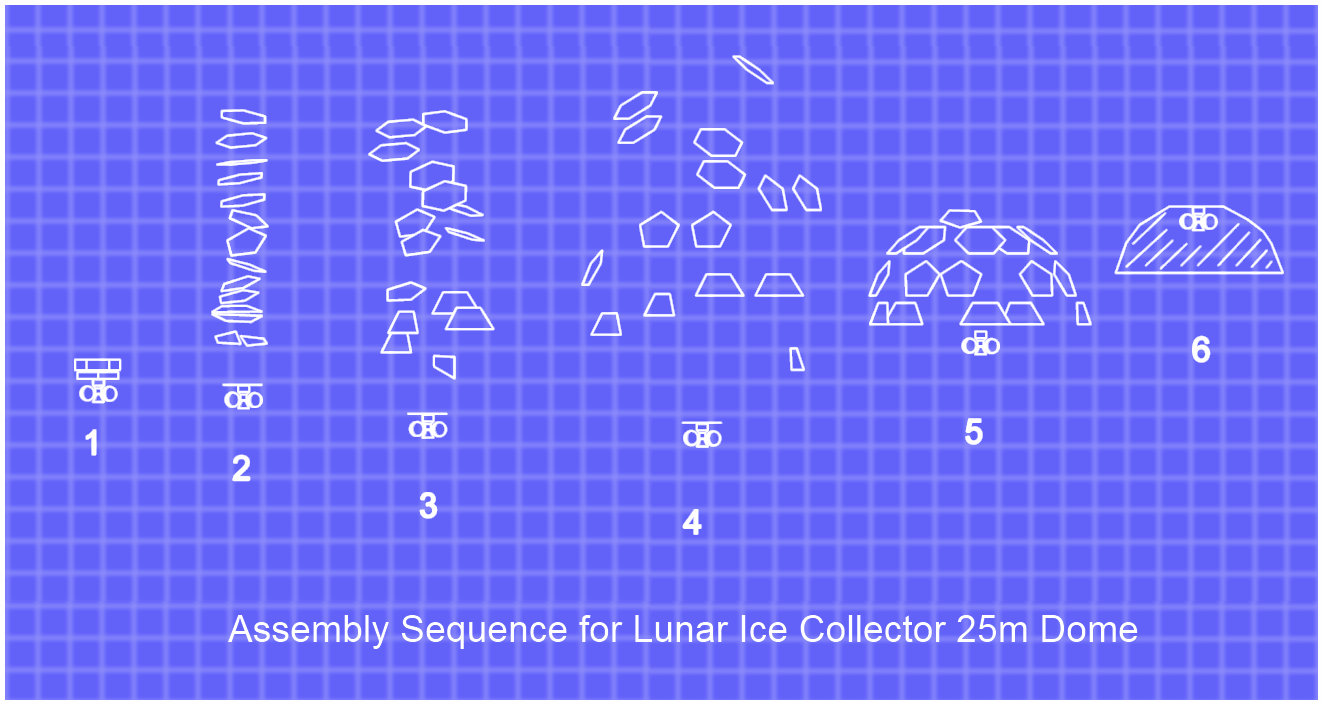